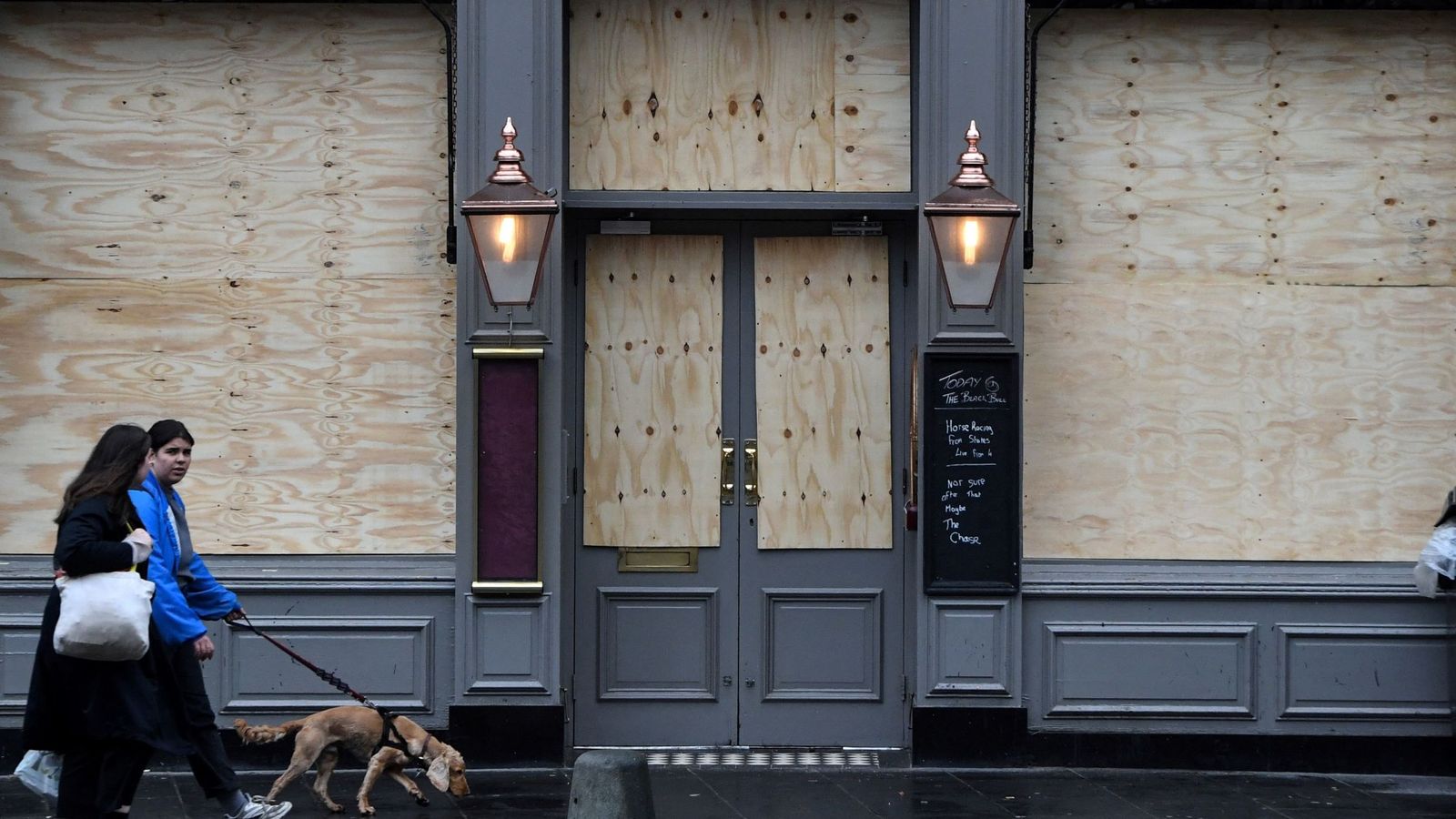 A report by consultants CGA and business advisory firm AlixPartners showed there was a net reduction of 5,975 sites across Britain in 2020 when new openings were taken into account.

Industry body UKHospitality has previously estimated that 640,000 jobs were lost across the sector during the year despite government support, including the furlough scheme and access to loans and grants, to ease lockdown pain.

The authors of the study warned that 2021 was tipped to deliver many further closures because of the impact of a lost crucial Christmas season and renewed lockdowns, declaring that “survival remains the name of the game”.

The report was released just hours after a government adviser suggested bars and restaurants remain shut until May.

Karl Chessell of CGA said: “With stop-start trading for much of 2020 and a widespread shutdown during what should have been a bumper Christmas, nearly 10,000 licensed venues have not been able to make it through, and it is sadly inevitable that thousands more casualties will follow.

“But consumers are desperate to get back to eating and drinking out, and we can be confident that footfall and sales will return when the sector can finally reopen.

“In the meantime, the case for government support over the next few months is urgent and compelling.”

Please use Chrome browser for a more accessible video player

‘Economy to get worse before it gets better’

UKHospitality used a submission to the Treasury ahead of the March budget this week to demand additional help from Chancellor Rishi Sunak given the likelihood it will take businesses time to get back to full speed when pandemic restrictions allow.

Its wishlist included an extension of the VAT cut to 5% for another 12 months – to cover the whole hospitality sector.

It also called for another 12-month business rates holiday and has previously suggested that a fund of more than £2bn of business rates relief returned to the Treasury to date, mainly by supermarkets, is used to help prop up hospitality firms.

Kate Nicholls, CEO of UKHospitality, said of the industry figures: “The loss of 6,000 premises is a dreadful blow to this country’s hospitality sector, but it is going to be the tip of the iceberg if we continue on our current course.

“The sector’s outlet numbers have contracted 5% and one in five businesses say they do not have enough cash to last beyond February.

“The entire sector continues to be hit hard, but restaurants have arguably been hit hardest of all. Not surprisingly, many of the worst off are independent businesses teetering on the verge of collapse due, in large part, to the issue of rent debt.

“This is a stark reminder of the importance of having an exit strategy and ongoing support for businesses. Sustaining businesses, keeping them alive and keeping jobs protected is vitally important and is going to be key to recovery once we emerge from this.”