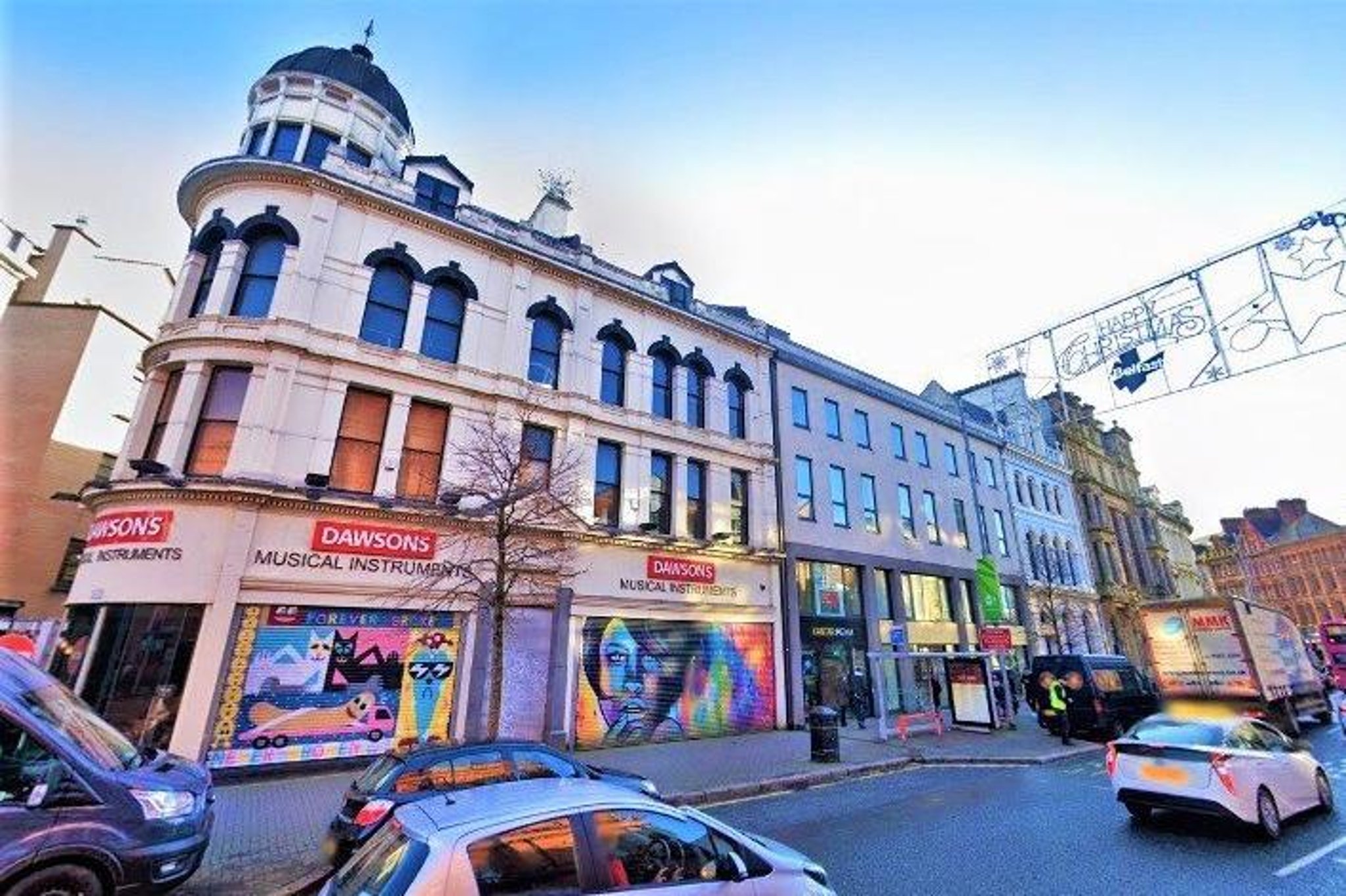 Shutters down at Dawson’s Music, Belfast – the retailer’s roots date back overa century, but it has flitted in and out of administration in recent years

But depressing though this may seem for prospective entrepreneurs, the Province actually fares better than any other region of the UK.

In both England and Wales the proportion of businesses still alive after five years was 40%; in Scotland it was just 39%.

The figures on business survival were published yesterday by the NI Statistics and Research Agency.

The i newsletter cut through the noise

Because the stats officials have to track businesses over five years, this latest data relates to firms which opened their doors in 2015.

And crunching the numbers further reveals some other eye-opening facts.

For example, it appears that the lockdowns of 2020 did not massively impact either the number of new businesses which came into being, or the number which folded.

The numbers which follow show that 2020 really wasn’t an especially bad 12 months in the grand scheme of things:

Meanwhile these are the number of NI business deaths:

Two types of business which have been reported as being especially at risk during the pandemic – hospitality and retail – appear not to fared especially badly.

Mid and East Antrim saw the fewest business closures in 2020 (275) followed by Antrim and Newtownabbey (290).

However, businesses may well have staggered through 2020 only to collapse in 2021 – and that won’t be known until fresh figures come out in another 12 months.

Meanwhile, firms across the British Isles are facing a renewed squeeze in the form of rising gas costs at present.

NISRA’s figures came just as Begbies Traynor – a big firm specialising in business ‘rescues’ – released details about the number of companies with County Court Judgements against them valued at £5,000 or more.

A message from the Editor:

Thank you for reading this story on our website. While I have your attention, I also have an important request to make of you.

With the coronavirus lockdowns having had a major impact on many of our advertisers — and consequently the revenue we receive — we are more reliant than ever on you taking out a digital subscription.

Subscribe to newsletter.co.uk and enjoy unlimited access to the best Northern Ireland and UK news and information online and on our app. With a digital subscription, you can read more than 5 articles, see fewer ads, enjoy faster load times, and get access to exclusive newsletters and content.

Our journalism costs money and we rely on advertising, print and digital revenues to help to support them. By supporting us, we are able to support you in providing trusted, fact-checked content for this website.