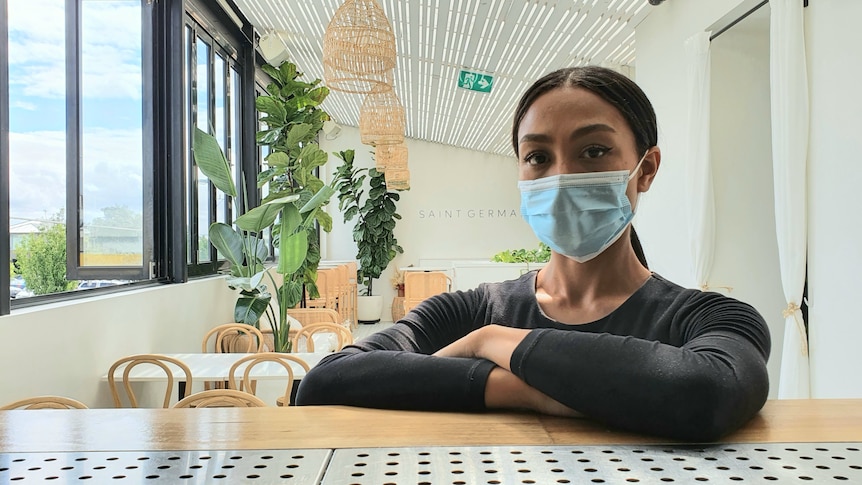 Last year, Havana Tan steered her new Melbourne restaurant through multiple lockdowns, but she says this summer’s Omicron wave has been the most testing time yet for her business.

“I would say it is the actual hardest period we have faced so far,” she said.

It’s a sentiment being echoed by many Australian business operators, both large and small, as they struggle with staff shortages, supply chain delays, and dipping customer demand during this summer of Omicron.

Like many businesses, Ms Tan’s restaurant has been deeply affected by the events of the past two months.

Her Mediterranean restaurant, Saint Germain, sits in a big double storey building a block back from the beach at Altona, in the city’s south-west.

When she tried to re-open after a short Christmas break, she found she couldn’t staff her business — most of her staff had COVID or were close contacts.

That kept her restaurant closed for five days.

Ever since then, staffing has been tough.

She calls her staff each morning, running a head count to see if she has enough to open her business.

That uncertainty, she says, has been worse this summer than what she faced during the city’s lockdowns.

“There is uncertainty either way, but I think this is more uncertain because it is literally a day-to-day thing,” she said.

On top of that uncertainty, she has also been dealing with a drop in demand. 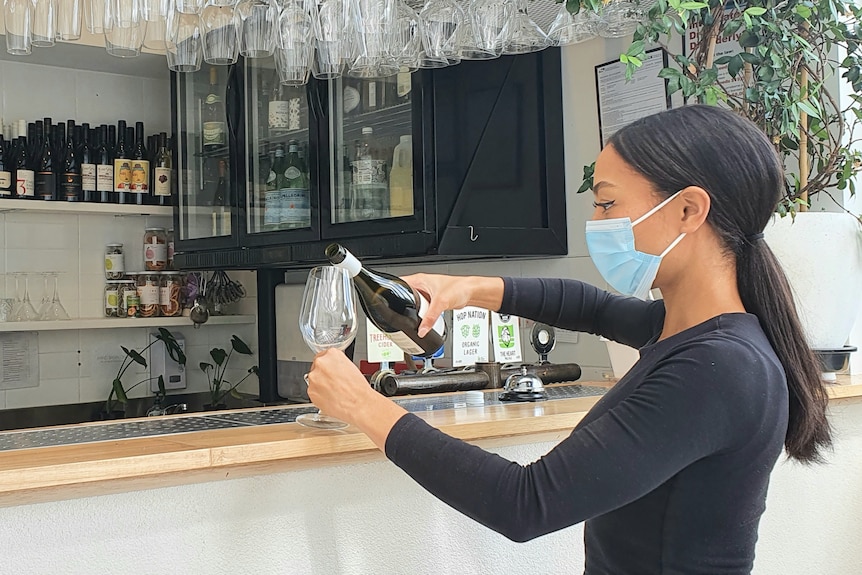 Havana Tan says opening her business is a day-to-day proposition at the moment.(ABC News: Elise Kinsella)

Ms Tan estimates her business is operating at 60 per cent of its usual trade.

It’s a trend seen across Melbourne, which many have described as being in a ‘shadow lockdown’, where people are voluntarily staying home to try and avoid contracting COVID-19.

The pub with just one bartender 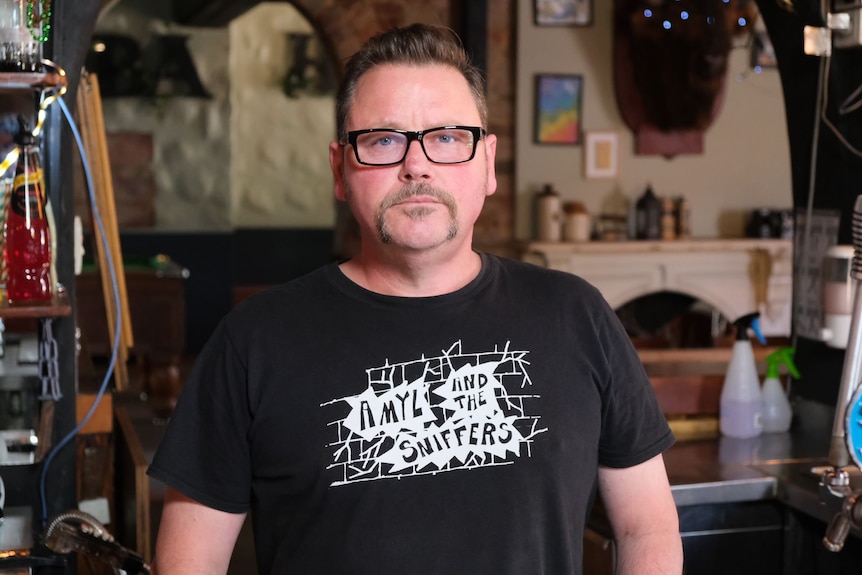 In West Melbourne, on the edge of Melbourne’s CBD, Stuart Gaunt runs McMahon’s Hotel, a bar that sits below backpacker accommodation.

Two weeks ago he was the only person pouring beers at his hotel, because all of his staff were sick with COVID-19.

He said the fact his business doesn’t serve food meant he he had been able to “operate in some capacity” even when he had been the last man standing. 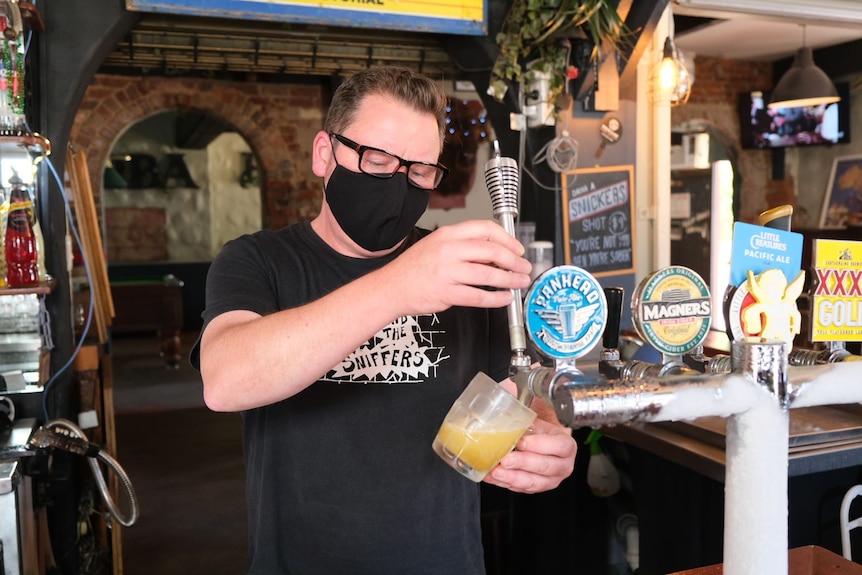 But reduced operating hours and a big drop in customers has affected Mr Gaunt’s business.

The publican hopes Melbourne is close to the peak of the Omicron wave, and things improve in the next few weeks.

But he is less optimistic about business conditions for 2022, with concerns more waves of the virus, more shadow lockdowns and staff shortages could put businesses at risk.

“It could be that something new happens and we are just bouncing in and out of these doldrums for, you know, another six months or a year,” he said. 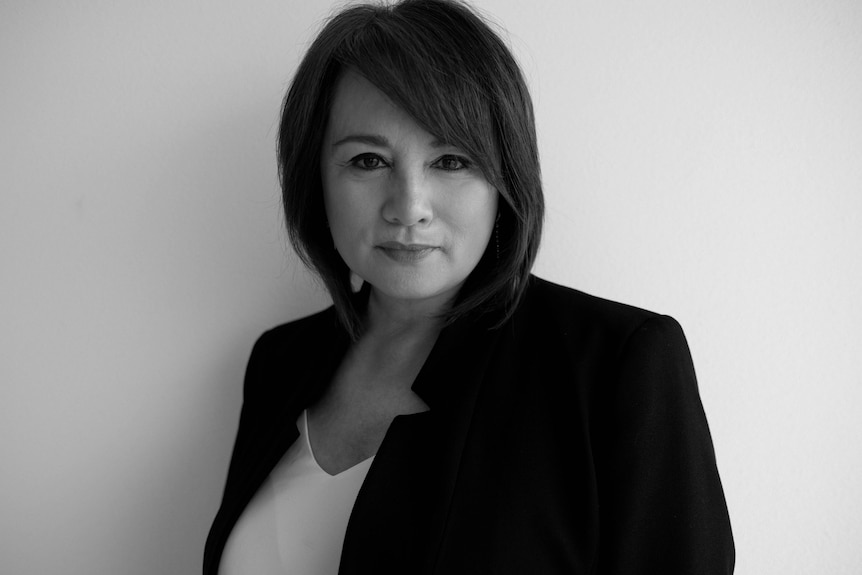 Sandy Chong is supporting hairdressers across much of Australia, who are struggling to stay open during the Omicron wave. (Supplied)

In Newcastle in NSW, Sandy Chong oversees her hairdressing business, Suki, while also leading the Australian Hairdressing Council — a peak body for her industry.

For hairdressers, she says, the last two months have been challenging.

“There would be many in NSW and Victoria who would be really stressed because they are trying to recover from being in lockdown in 2021 and they would have a lot of deferred bills to pay,” she said.

“The problem is at the moment they are paying out a lot of money in personal leave and on top of that they have clients who are cancelling their appointments.”

Ms Chong said her own salon did half its usual trade in December and this month was “looking quite bleak.” 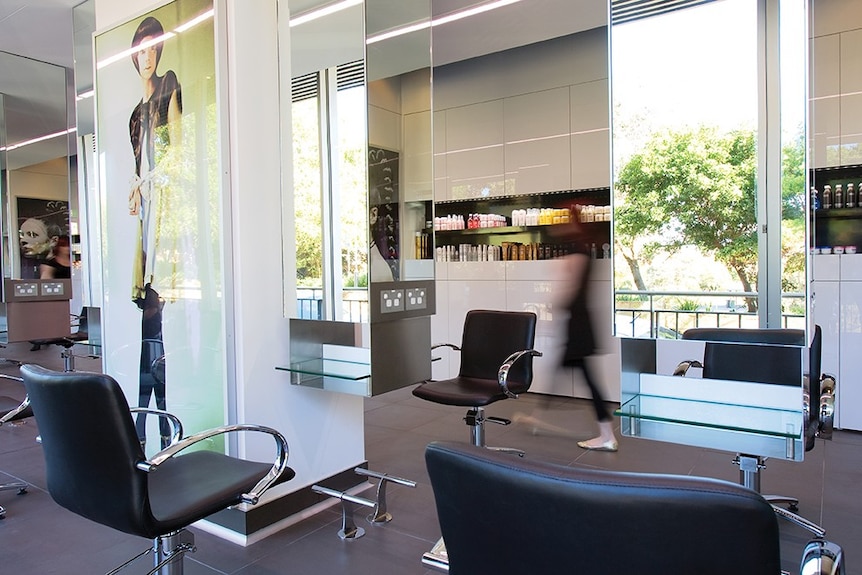 Sandy Chong has added an air cleaner to her Newcastle salon and changed its practises to reduce the chance of a COVID-19 outbreak. (Supplied)

But of most concern were cash flow problems being felt by some salons.

She said salons that had large amounts of staff isolating at the same time were particularly vulnerable.

As an example, she said she was aware of one Brisbane hairdresser that had 36 of their 40 staff members required to isolate in the same week.

She said it meant that hairdresser paid a large amount of personal leave all at once, while also being unable to operate three of their four salons, to bring in revenue.

“Most small businesses work week-to-week.They rarely have a kitty of excess cash,” she said.

Business leader believes a ‘perfect storm’ of conditions is brewing

In Perth, in Western Australia, Grant Johnston is worried about the same issue, but on a much larger scale.

He runs BestBar, a large company that supplies the Australian construction industry with the reinforcing steel that runs through the concrete in all of our residential properties, high-rise towers and large government infrastructure projects. Mr Johnston directly employs more than 400 people across Australia and has another 400 subcontractors on his books.

At the moment, his business is booming but it is also facing a growing number of risks.

“This is the best and worst of times for my business,” he said.

Mr Johnston said shipping delays because of COVID-19 and other world events meant he was having to order steel months in advance, instead of month-to-month.

This summer, with a large number of projects on his company’s books, he made sure his business had plenty of steel.

But now he has lost about 15 per cent of his own workforce outside of WA because of COVID-related reasons, with many of his staff members caring for partners or children who were also sick or isolating.

“It is not just he [staff member] who has COVID staying home, the real issue is now the whole family has COVID and then that is affecting the total family,” Mr Johnston said.

“But the cash is flowing out the door and we have no income coming in the door because we can’t get the steel onsite.”

On top of his own staff issues, many of Mr Johnston’s customers are now delaying their construction projects because of their own staff shortages.

It means it is taking longer for his business to be paid.

“We are down, in the east coast, on our projected revenue somewhere around about 25 per cent at the moment, so we are down on our revenue but our cash out hasn’t stopped and this is a big problem” he said.

Mr Johnston said his senior leadership team was meeting much more regularly to work out ways to protect their cash.

While he said his business was in a strong financial position to deal with the Omicron challenges, he was worried about how long this Omicron wave and staff shortages would continue for.

“No-one in business in Australia can survive this if this goes for six or seven months. It is just unsustainable, no-one has enough cash reserves to do that,” he said.

The business leader said he was hoping conditions improved much more quickly, but was also prepared for the next three months to be the most difficult months of the pandemic.

“This is the biggest challenge, without a doubt,” he said.

“The next three months are going to be everything.”

Space to play or pause, M to mute, left and right arrows to seek, up and down arrows for volume. How and when will the COVID pandemic end?

What you need to know about coronavirus: